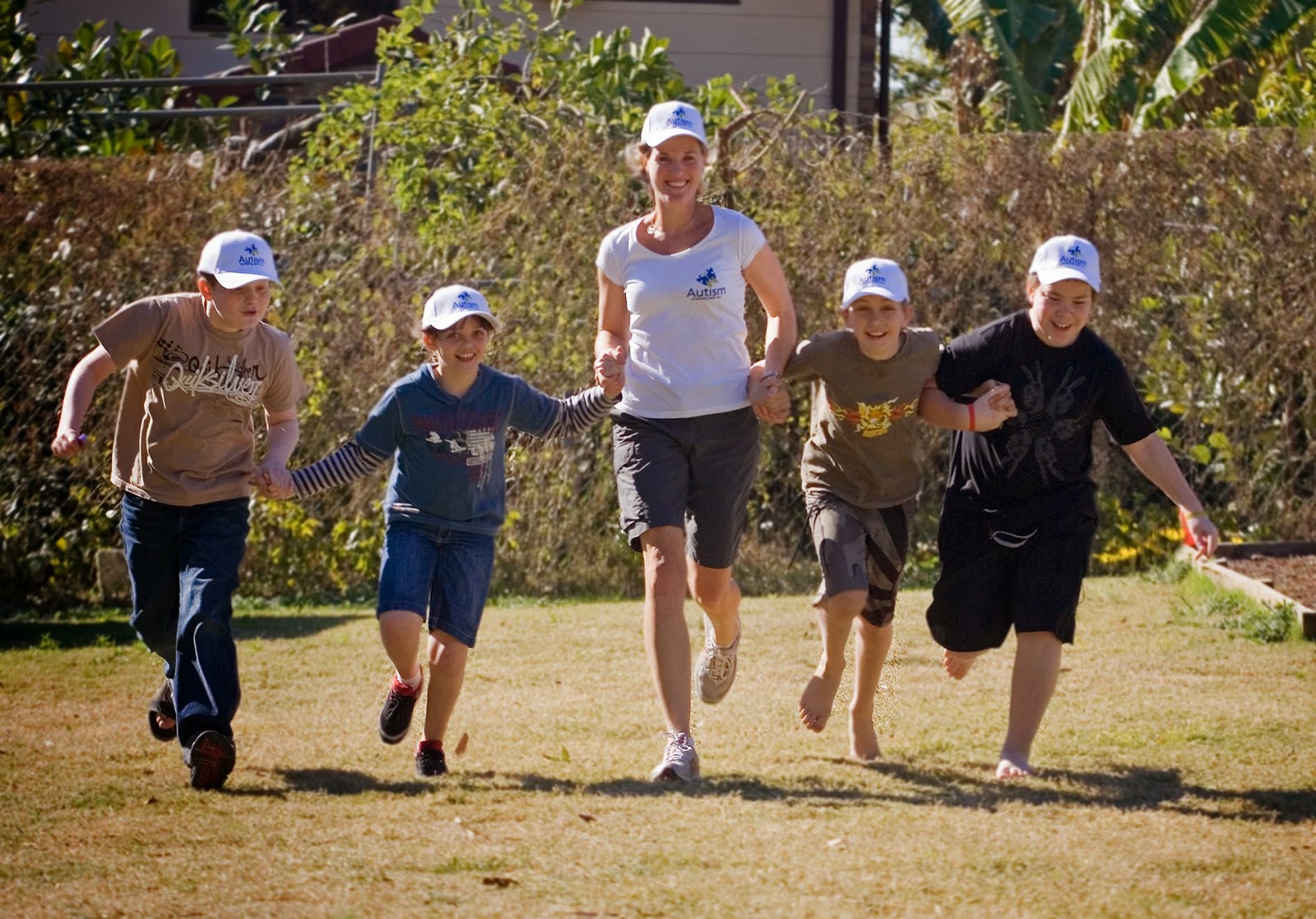 Dusty Sweeney faces more obstacles than the average 16 year old. Diagnosed with autism at age 2, Dusty has limited verbal communication skills, and he will likely never be able to live on his own or hold a job.

But, Dusty has picked up one habit that his mother, Katie Sweeney, hopes will make his life a little better – and a little healthier.

"When he runs, he runs with a smile on his face," Sweeney, who runs with Dusty every week in New York City's Central Park, told FoxNews.com.

Dusty was first introduced to running by Achilles International, a group that aims to allow people with all types of disabilities to participate in mainstream athletic events. Now, Achilles has received a grant from the Cigna Foundation to initiate a study on how running can help children with autism, like Dusty.

"We have this running program, and we've been seeing amazing effects on kids with autism when they run – incredible physical changes, improvements in behavior and focus, improvements in so many indicators of autism that they suffer from," Megan Wynne Lombardo, director of the Achilles Kids Running Program, told FoxNews.com. “We'd like to study this and point to the effect running has on these kids."

Sweeney said she's definitely seen a difference in Dusty's behavior since he began running in 2012.

As Dusty progressed through his early teens, the family struggled to help him cope with aggressive behaviors, such as hitting and self-injury. But in recent months, they've seen improvements in his behavior, which Katie attributes to both running and an anti-inflammatory diet.
"I think the routine of it, the mental benefits, have been amazing – better than any drug," Sweeney said. “And I think the endorphins have done wonders."

"There are no more avoidance tactics, no more sitting down in the middle of the road, or shouting to leave, or needing to be rewarded with a snack after each mile. Dusty's endurance has increased tremendously and his physique has transformed into that of a stronger, leaner, fitter teenage boy," Sen told FoxNews.com via email. “We've increased our Saturday morning distances from 3 miles to 6 miles."

When Achilles International launched in 1983, it primarily served adults with physical disabilities.

"In the last 10 to 15 years, that has really switched. The vast, vast majority of kids we work with now are on the [autism] spectrum, which really reflects the growth of autism nationally," Lombardo said.

The U.S. Centers for Disease Control and Prevention now estimates that approximately 1 in 68 children in the U.S. has been identified as having an autism spectrum disorder. In 2000, that number was estimated to be only about 1 in 150. And as the number of children with ASD continues to rise, parents and caregivers alike are becoming increasingly concerned about how these children will fare as adults.

Though the study from Achilles and the Cigna Foundation is still in its early stages, Karen Cierzan, a licensed professional counselor who has worked with children with autism, said she hopes that it will yield insights into how physical activity can be used to improve certain symptoms of ASD. The researchers plan to study how various autistic behaviors are altered by running.

"We look at eye contact during the activity and immediately following – did it last after stopping physical activity? And general focus and demeanor, what it is during and after?" Cierzan, vice president for Behavioral Operations at Cigna, told FoxNews.com. “And for those that are verbal…did that verbal communication level change after? And how long after did that stay with them? Those are what we will be looking for."

Sweeney said she plans to continue participating in the Achilles running programs with Dusty – and hopes that one day, he'll run a marathon. Even more, she expects that running will become a lifelong habit that will help anchor Dusty to his community, and help him live a good life.

"This is a person who will always need care, will never been independent, never live on his own," Sweeney said. “My only goal for him is happiness."

Source: http://www.foxnews.com/health/2014/06/26/physical-therapy-new-research-studies-how-running-programs-can-help-autistic/
Posted by Tom Hanks at 7:45 PM No comments:

Experiment gives a glimmer of hope for a treatment for autism 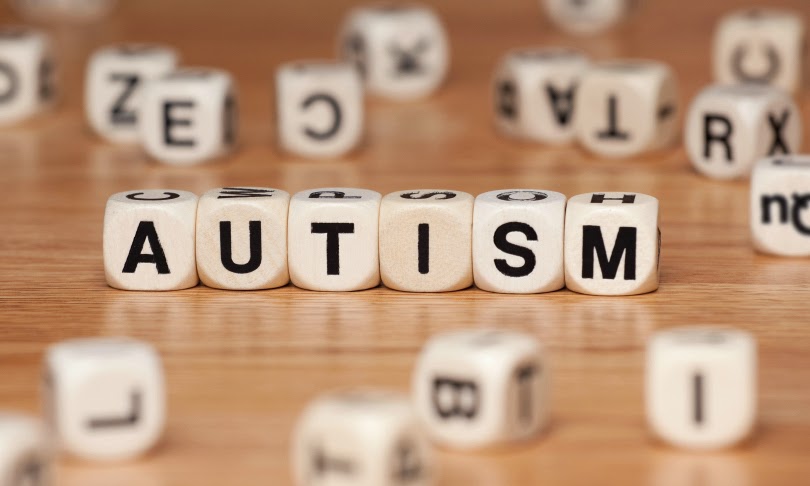 What causes autism is a mystery. One theory is that a phenomenon called the cellular-danger response lies at the root of it. The CDR makes cells put their ordinary activities on hold and instead switch on their defence systems, in reaction to high levels in the bloodstream of chemicals called purines. These are important and widespread substances: ATP, a molecule that shuttles energy around cells, is a purine; so are half the “genetic letters” in DNA. Cells under viral attack tend to shed them. Too many of them in the blood can thus be a signal of viral infection. In that case activating the CDR makes perfect sense. But studies have shown that people with autism (and also those with some other brain conditions, such as schizophrenia) often seem to have chronic CDR. The purine signal has somehow got stuck in the “on” position.

Why this happens is obscure. But it has occurred to Robert Naviaux of the University of California, San Diego, that once the signal is stuck in this way, chronic CDR might, by subverting the function of crucial brain cells, be the immediate cause of the symptoms of autism. In a series of experiments, the latest of which has just been published in Translational Psychiatry, he makes a plausible case that this is exactly what is happening—and he also illuminates a route to a possible treatment.

Dr Naviaux’s experiments start by injecting pregnant mice with viral genes. This stimulates the CDR in both mother and fetus. The offspring of such pregnancies often show behaviours, such as fear of strangers, fear of novelty and poor co-ordination, that would be interpreted as autistic in people, and this procedure is thus used as a model of autism.

Dr Naviaux reasoned that, if chronic CDR is the cause of autism’s symptoms, abolishing it should abolish the symptoms. He further reasoned that one way this might be done is with a drug that binds to a cell’s purine receptors, so that they cannot react when purines come along. One such drug exists. It is called suramin, and is used to treat sleeping sickness. Dr Naviaux has therefore been trying it out on the model mice.

Once they are weaned, he puts these mice through a series of behavioural tests and compares the results with those of similar mice whose mothers were injected with saline rather than viral genes. One test measures whether they have trouble interacting with a stranger mouse. A second studies how physically co-ordinated they are. A third runs them through mazes to see if they have a preference for “sameness”, as many autistic people do. At the age of six months, he then gives them either an injection of suramin or an injection of saline solution, and tests them again. Finally, five weeks after the injection, when the level of suramin in their bodies has fallen back to zero, he tests them once more.

The upshot, he has found, is that suramin treatment abolishes some of the animals’ autistic symptoms. Mice which once showed an aversion to novelty, and considerable anxiety when forced to meet a stranger, show neither of these after treatment with the drug—though their co-ordination is not improved. In his latest series of experiments he has also looked at the drug’s metabolic effects. He finds that suramin treatment returns to normal 17 of the 18 metabolic pathways that are noticeably different in autistic and non-autistic mice.

The effect is not permanent. The experimental mice’s autistic behaviours come back once the suramin has disappeared from their bodies. But these are interesting results. They suggest CDR really is an important part of autism, and that it may be a tractable one. Dr Naviaux is not suggesting using suramin itself to treat people with autism. Though appropriate for an acute, life-threatening illness, which sleeping sickness is, its side effects (the most serious of which is damage to the adrenal cortex) make it unsuitable for chronic prescription to someone whose life is not in danger. But if his work stands up to the scrutiny of others, then looking for another purine-receptor blocker would surely be a worthwhile endeavour.

Source: http://www.economist.com/news/science-and-technology/21604533-recent-experiments-give-glimmer-hope-treatment-autism-rain-mouse
Posted by Tom Hanks at 11:20 PM No comments:

Study suggests parents with an autistic child have fewer children

Parents of children with autism spectrum disorder (ASD) appear to curtail attempts to have more children.
The research*, from the USA, found that parents who have a child with ASD are about one third less likely to have more children than families without an affected child.
For the first few years after the birth of a child with ASD, parents' reproductive behaviour was similar to that of the control families. But birth rates differed in subsequent years with families whose first child had ASD having a second child at a rate of 0.668 that of control families. Women who changed partners had a slightly stronger curtailment in reproduction with a relative rate of 0.553 for a second child.
"These results are, to our knowledge, the first to quantify reproductive stoppage in families affected by ASD by using a large, population-based sample of California families,” state the authors.
The findings, which appear in JAMA Psychiatry, stem from the largest study of its kind on further child-bearing after a child has been diagnosed with the disorder.
These are the first data to indicate that this is a reproductive decision.
"While it has been postulated that parents who have a child with ASD may be reluctant to have more children, this is first time that anyone has analysed the question with hard numbers," said Professor Neil Risch,  director of the University of California, San Francisco (UCSF) Institute for Human Genetics.
Most previous research into the heredity of autism has ignored a possible decision on the part of parents with affected children to reduce their subsequent child-bearing, a situation that occurs with some birth defects and has been termed "reproductive stoppage." As a result, previous estimates of the odds of having a second child with the disorder may have made the risk appear lower than it actually is.
Using California state health records, the authors identified 19,710 families in which a child with ASD was born between 1990 and 2003. The families were matched with 36,215 control families without an ASD-affected child.
Overall, families whose first child had ASD were one-third less likely to have a second child than control families. Families in which a later-born child was the first to be affected by ASD were equally less likely to have more children.
Researchers said that subsequent childbearing appeared to be normal until the time an affected child would typically start to show symptoms or be diagnosed, indicating that the stoppage was likely the result of a parental choice or circumstance, rather than a reproductive problem.
According to Risch, the findings do more than simply change the picture of risk for having another autistic child. "Our work shows that not only do people with ASD have fewer children than others," he said, "but in families where a child has ASD, the fact that the parents choose to have fewer children means the genes that predispose to ASD are less likely to be passed on to future generations."
This, in turn, leads to a paradox that has yet to be solved, he said.
"ASD has an important genetic component, which should be diminishing over time due to this reduction in childbearing," Risch said. "Yet over the past several decades, the incidence of ASD has risen dramatically."
* Hoffmann T J, et al. Evidence of Reproductive Stoppage in Families With Autism Spectrum Disorder. A Large, Population-Based Cohort Study. JAMA Psychiatry. Published online June 18, 2014. doi:10.1001/jamapsychiatry.2014.420
Source: http://www.onmedica.com/newsarticle.aspx?id=def3d0ae-7ef2-4a1a-b612-41b6eaa76038
Posted by Tom Hanks at 4:19 AM No comments: